Last summer, Chile was the first country in Latin America to pass a recycling law that extends producer responsibility in primarily six different areas, of which waste tyres are one. Thanks to our very long and committed presence on the Chilean market, Enviro is now involved in the introduction of the new law.

"Enviro’s expertise in tyre recycling is a great contribution to Chile's efforts to introduce the producer responsibility legislation. We are working together with the Ministry of the Environment and a number of the country's mining companies from which the tyres come. The aim is to establish recycling facilities to solve the environmental problem caused by Chile's enormous numbers of waste tyres," says Carlos Aviles, consultant and Enviro's representative in Chile. 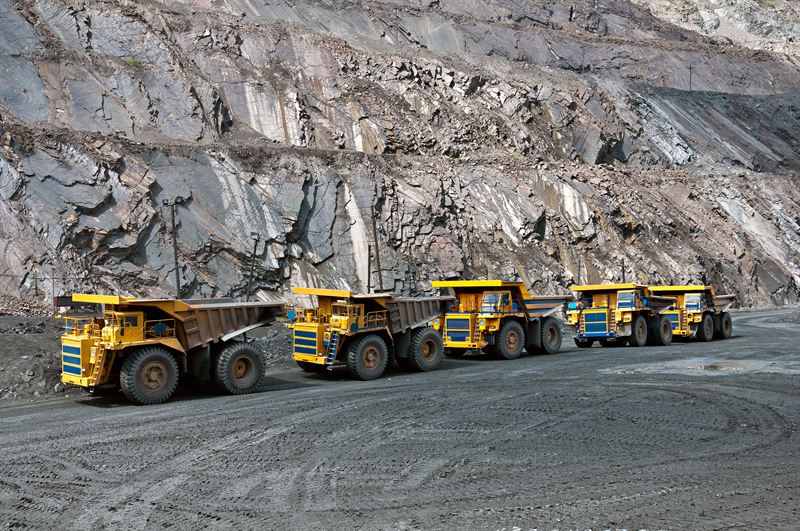 Chile is one of the world's biggest markets in mining, an industry that uses enormous numbers of tyres, which over time have become a major environmental problem. According to Carlos Aviles, the new law on producer responsibility will be fully implemented by June next year and will officially come into force in 2018.

"The Chilean Ministry of the Environment has the express intention of solving the problem caused by the country's large numbers of waste tyres, and Enviro's solution will play a major, important role. The project support amounting to SEK 1 million that Enviro received shows that the authorities have faith in our solution," says Carlos Aviles.

The next step for Carlos Aviles will be to conduct ongoing talks with both Chile's Ministry of Environment, investors and the mining industry.

"There is great potential for Enviro's technology in Chile and elsewhere in South America. Countries such as Peru, Brazil and Colombia also have a great need for viable tyre recycling. Once we have established the first recycling plant, we can showcase the operation and how it works to other countries and operators, and that is our target right now," says Thomas Sörensson, Enviro’s CEO.

This website uses cookies to improve your experience while you navigate through the website. Out of these cookies, the cookies that are categorized as necessary are stored on your browser as they are essential for the working of basic functionalities of the website. We also use third-party cookies that help us analyze and understand how you use this website. These cookies will be stored in your browser only with your consent. You also have the option to opt-out of these cookies. But opting out of some of these cookies may have an effect on your browsing experience.
Necessary Always Enabled
Necessary cookies are absolutely essential for the website to function properly. This category only includes cookies that ensures basic functionalities and security features of the website. These cookies do not store any personal information.
Non Necessary
Any cookies that may not be particularly necessary for the website to function and is used specifically to collect user personal data via analytics, ads, other embedded contents are termed as non-necessary cookies. It is mandatory to procure user consent prior to running these cookies on your website.
Google Analytics
We use Google Analytics, provided by Google, and cookies to analyse how our visitors interact with envirosystems.se. We use this information to imrpove our website. By using Google Analytics, we store your IP address and other information gathered by the cookies. This includes information of how you interact on our website, for example pages you visit.
Save & Accept